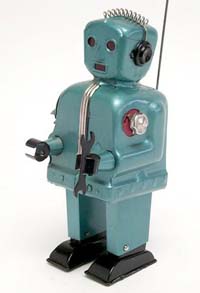 Like many other production companies in Japan in the late 1940’s, Nomura made a transition towards the tin toy industry after World War II to help reconstruct the economy of their country. Nomura is famous for their tin robot toys such as Tetsujin 28 aka Iron Man and Astro Boy. In addition, coming off the success of the movie Forbidden Planet, Robby the Robot became a popular toy robot. These productions of battery operated walking tin robots help establish Nomura as hugely popular for its toys during the 1950s and and 1960s. In the early 1970s, the company adopted diecast metal for the production of their toys after Popy had success with their line of die cast toys. During this time, the company acquired the license to produce the Yamato toyline based on the popular animation series in Japan, Farewell to Yamato, which is related to the animation series called Star Blazers in the United States. Today, many toy collectors find nostalgic Nomura’s toyline as an attractive investment for their collection.

Check out some videos on some classic Nomura tin toys from the past! 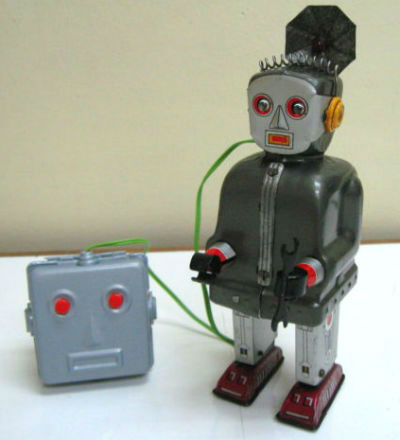 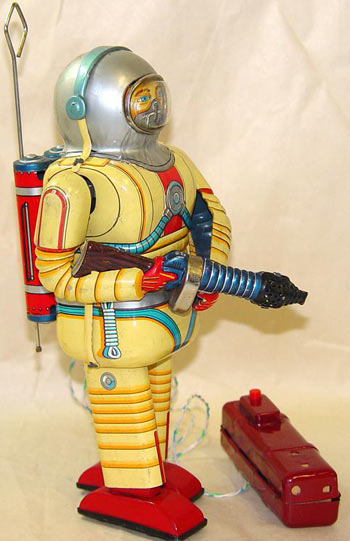 Nomura produced the popular tin robot toys such as Astro Boy, Tetsujin 28, Zoomer Robot, and most notably Robby the Robot, whose iconic character originally debuted in the American science fiction movie classic, The Forbidden Planet. These toys were battery operated tin robots that would walk. The popularity of these toys established Nomura as one of the leading producers of walking tin robot toys during the ’50s and ’60s. The manufacturer eventually moved away from manufacturing tin toys to diecast metal toys due to its lower cost.